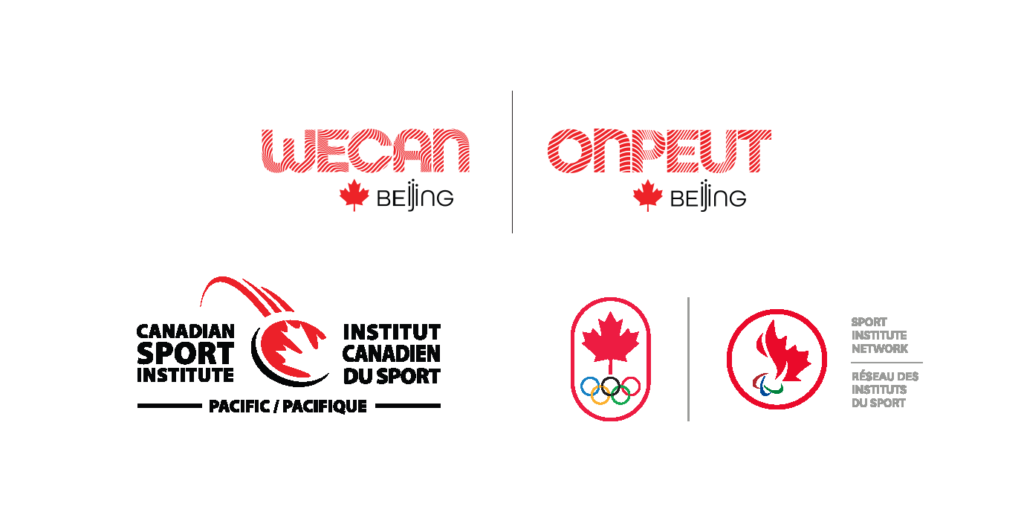 VICTORIA (December 14th, 2021) – From far and wide, Canadian Olympians and Paralympians have shown the world their uniqueness, grit, and talent – and continue to push the envelope on what it means to be an athlete.

The new campaign logo is representative of Canadiana in a variety of ways: a nod to the Canadian DNA with fingerprint-like font, the illusion of a waving flag, as well as a focus on reaching the podium in Beijing are all visually represented. The waving flag sits as a reminder of the entire Canadian family watching and cheering proudly from coast to coast to coast.

As part of the campaign, the COPSI Network will be releasing a series of stories on a true behind-the-scenes look into how our sport science and sport medicine expertise supports athletes and coaches in their quest for a podium performance. Beginning December 16th, be on the lookout for initiatives, viewing events, and different ways we can cheer together from our home and native land.

With just over 50 days until the Opening Ceremonies of the Olympic Games and over 80 days until the Paralympic Games, we’re excited to watch Team Canada motivate the nation through sport. WECAN inspire, WECAN unite, and WECAN build champions.

About the COPSI Network