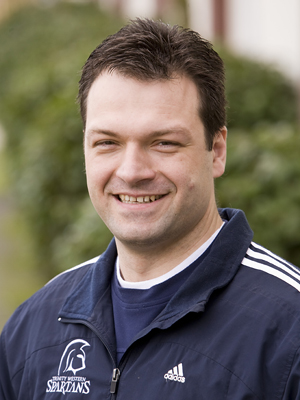 Hofer was recognized as the 2010-11 Canada West and CIS women’s volleyball Coach of the Year.

Hofer has additional experience coaching internationally, with Team Canada, as he has been the head or assistant coach at six major international women’s events. Most recently, in the summer of 2016 he was the Associate Head Coach for the FISU games in Korea, in the fall of 2012 he coached his Spartans team, who was representing Team Canada, at the U23 Pan American Cup. Prior to that, Hofer was an assistant coach for Team Canada at the 2009 FISU Games in Belgrade, Serbia. In 2005, he was also named assistant coach of Canada’s Junior National Team and, in 2006, was the head coach of Canada’s Youth National Team.

“ACD has been an invaluable part of my coaching development. It has been a rewarding process to interact and learn with fellow coaches, and to have the opportunity to learn from world class professors. I want to say a big thanks to Dave Hill for the all the time and energy he has invested in me to help me finish and complete this program.” 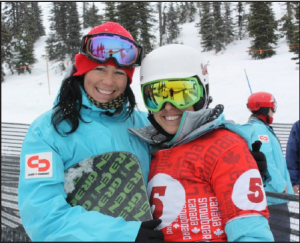 Candice Drouin is currently the strength and conditioning coach at Banff Hockey Academy. Before making the switch to hockey, Candice has an extensive coaching background in Para-snowboard. In 2014 Candice was named the head coach of the first Canadian squad to compete in para-snowboard at the Paralympic games in Sochi. Candice started coaching with Canada Snowboard adaptive program in 2008. Previously, Candice was also the head coach of the 2011 Team B.C at Canada games in Halifax where two of her athletes won gold and silver medals. Before coaching Candice was an amazing athlete herself in snowboard cross. She competed in eight winter X games, the Goodwill games in 2000, was the 2001 Canadian Champion and won the Nor-Am Overall Title in 2005. (coach.ca)

“It was an amazing experience and I am grateful for all the fantastic learning facilitators I was lucky enough to work with! I never wanted to graduate!” 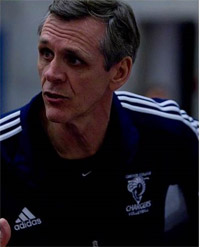 Charles was a member of the National Men’s Volleyball Team and was Team Canada Captain for his last two years. He has provided beach and indoor volleyball colour commentary or play by play for many networks since 1990 and was part of the CBC broadcast team covering the 1996 Atlanta Summer Olympics, 2000 Sydney Olympics, 1999 and 2003 Pan Am Games, 2004 Athens Olympics, and 2008 Beijing Olympics among many other international events. Most recently, he called the 2009 Canada Games in PEI for TSN, the CSI Women’s Championships in Edmonton, and the 2013 Men’s World League matches for Sportsnet.

He was an “A” Director of the Canadian Olympic Committee for eight years and currently sits as the Community Chair of the Sport Management Advisory Committee of the Centre for Sport and Exercise Education at Camosun College in Victoria.

Charles is currently the Head Coach of the two-time Provincial Champion and National Bronze Medalist Camosun Chargers Men’s Volleyball Team and was named Coach of the Year for the BC Colleges Athletic Association for 2008-2009. He coached the 2009 17U Provincial Team to a bronze medal at the Western Elite Tournament, the 2010 19U Provincial Men’s Team – placing three members on the Junior National Team, and the 2011 Western Elite Team to a Gold Medal in Kelowna.

He received the Premier’s Innovation Gold Medal in Organizational Excellence in recognition of his accomplishments in heading up the celebration of BC’s 150th anniversary as a Crown Colony in 2008 and also headed up provincial support for the involvement of 263 British Columbia communities in the 2010 Torch Relay.

Charles retired from work with the Province of BC in May of 2010 and returned to school at the National Coaching Institute of BC, graduating in July, 2011. He is a Level 3 evaluator for Volleyball BC and Chair of the High Performance Committee in addition to being a member of the Board of Directors of Volleyball Canada. In his spare time he writes for The Source magazine.

“I found the [ACD] extremely worthwhile because it gave concrete shape to a number of ideas that were circulating in my mind and which were borne through long experience in volleyball. I have found that having a deeper understanding of the many facets of the coaching process makes the outcome much more rewarding for the athletes and staff, regardless of the actual scores, and I’d like to thank Dave Hill and all of the wonderful presenters who put so much time, energy and insight into making us all better in what we love to do – coach.”