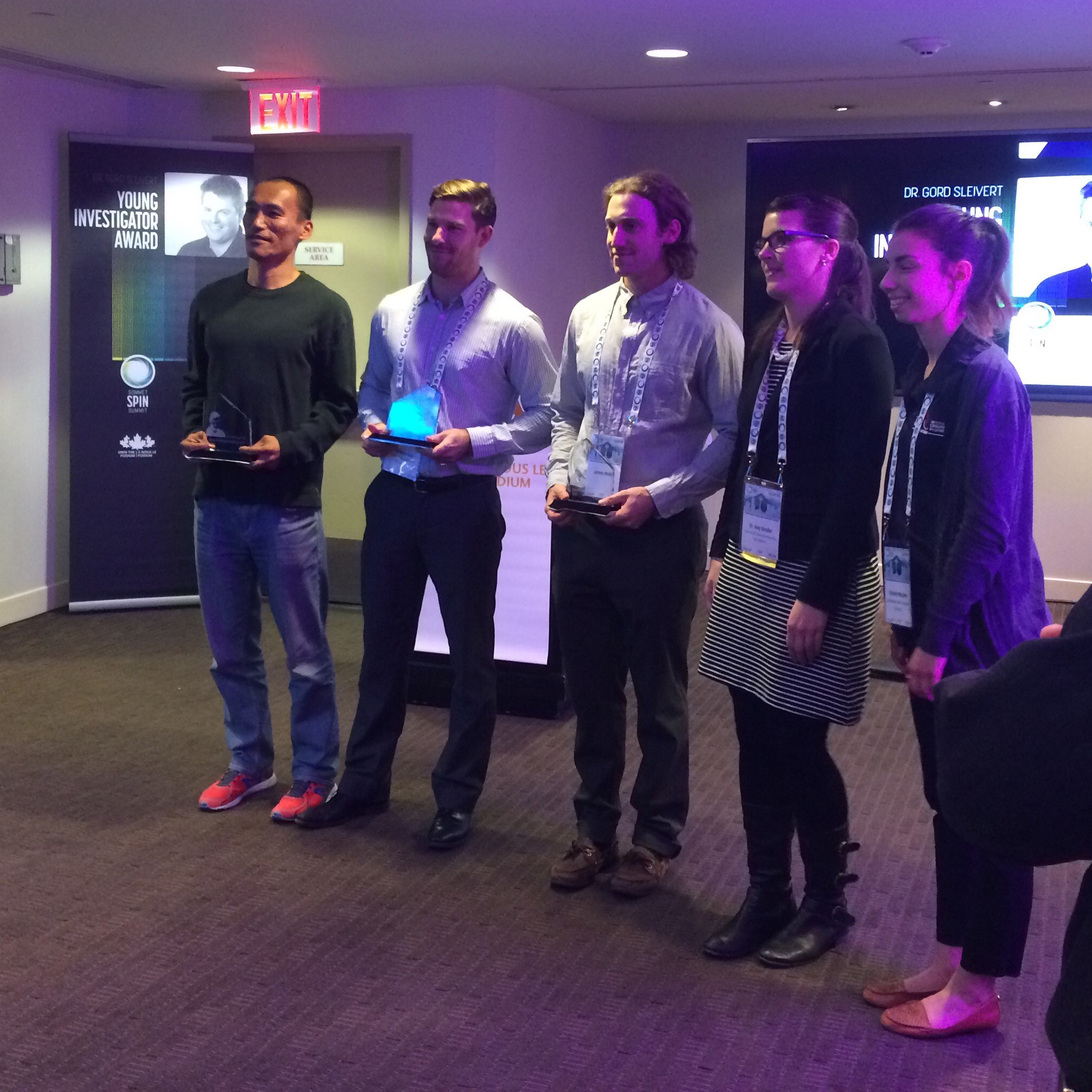 Recipients of the Dr. Gord Sleivert Young Investigator Awards at the SPIN Summit in Calgary

VANCOUVER – The Canadian Sport Institute Pacific (CSI Pacific) is proud to recognize Cameron Gee and Ming-Chang Tsai on their research achievements and being recipients of the Dr. Gord Sleivert Young Investigator Awards at the SPort INnovation (SPIN) Summit in Calgary last week.

The SPIN Summit is Canada’s leading edge symposium for professional development and networking in the areas of applied sport science, sports medicine, and innovation. This annual conference combines experts from around the globe to build knowledge and tools, for future Olympic and Paralympic sport success through technological and scientific research. The two-day summit includes a competition for current or recently graduated undergraduate or graduate students, as well as current post-doctoral fellowships.

For the Dr. Gord Sleivert Young Investigator Award the top five student abstracts are chosen and their authors need to present five slides in five minutes. Based on these presentations, three students are selected to receive an award, plus $1000 towards their educational pursuits.

The data presented at the SPIN Summit was collected at the Wheelchair Rugby team’s heat acclimatisation training camp in August, just prior to the Rio 2016 Paralympics. The research team aimed to examine the effect of heat acclimatisation on blood profile and cardiac function in athletes with spinal cord injury. These benefits of which are well established in able-bodied athletes, but little is known as to its efficacy in athletes with spinal cord injury.

A contractor with CSI Pacific in performance analysis who also has over 15 years of coaching experience, Tsai received second-place for his presentation “Speed Training Zones Based On Game Demands in Rugby Sevens Tournament”, on which he worked with Canada’s bronze-medal winning women’s sevens team. His research was co-authored by CSI Pacific Strength and Conditioning coach Tyler Goodale.

Tsai’s abstract explains that most speed bands used by sport science practitioners are arbitrary and subjective in nature and therefore may not accurately depict specific game demands. The goal of the study was to present a new method of determining speed bands for sport by using cluster analysis of in game speed data distribution.

“There isn’t a week, let alone day, that goes by that I’m not inspired, and humbled, by the quality of many of our students and their affiliated university advisors; these awards are an example of that,” said Stellingwerff. “The work they do, many of them directly in sports we work with, is really pushing our applied sport performance knowledge to the next level.”

Dr. Gord Sleivert was the former vice president of the Canadian Sport Institute Pacific and was a beloved leader within the Canadian Sport System. He passed away suddenly in 2012 while working at a training camp with the National Swimming Team in Montreal.