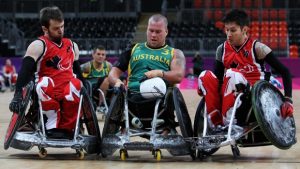 From March 4th to March 9th, a 22-player selection camp was held at the Richmond Olympic Oval in British Columbia. The camp served as an opportunity for new head coach Patrick Côté and assistant coach David Willsie to evaluate the athletes vying for a place in the program. Following the camp’s conclusion, a Canada Select team featuring a couple of Team Canada debutants was assembled to compete in the Vancouver Invitational.

Final selections for the National Team Program were made following the conclusion of the Vancouver Invitational.

“I’m very pleased with the level of play and intensity demonstrated by all the athletes throughout the National Team Selections and the tournament that followed.  It’s good to see so many new promising players join returning veterans on the National Team program,” said Head Coach Patrick Côté. “I feel we selected the right mix, not only to compete at this year’s Zone Championship, but also to build toward the Tokyo Games.”

“This was one of the most competitive National Team Selections’ in recent years.  The players selected to the National Team Program have shown in their performance that they have podium potential and will be focusing on the next four years preparing for Tokyo 2020.” said High Performance Director, Andy Van Neutegem.

The full list of players named to the National Team Program, in alphabetical order by last name, is listed below.

Preparations are already underway for August’s World Championship Test Event in Sydney, Australia, where Team Canada will be expected to face some of the top wheelchair rugby teams in the world, including Australia, USA and Japan.

Further down the calendar, Team Canada will be participating in the IWRF Americas Zone Championships.