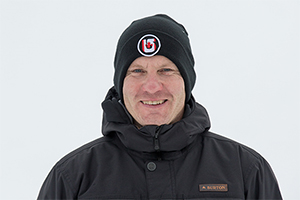 Having officially started on October 1st, Dr. Sheppard brings a wealth of experience to this role stemming from his time with CSI Pacific as well as overseas with Surfing Australia’s High Performance Centre and Edith Cowan University. Dr. Sheppard has also enjoyed a number of roles with the Queensland Academy of Sport, Australian Institute of Sport, and Canadian Sport Centre.

“Snowboard is one sport, with numerous disciplines, which creates an exciting challenge that I look forward to. I’d like to think that my experience with elite surfing, BMX racing, and Para Alpine might help me hit the ground running in my new role, but I’m also really excited to learn a lot.” said Dr.Sheppard, who expanded not only on his new role, but CSI Pacific’s involvement in Canadian Snowboarding.

As Canada enters an Olympic qualification year, Canada Snowboard athletes will travel the globe competing in a large number of events and competitions ranging from Big Air to Snowboardcross. This is one of the many reasons that makes Dr. Sheppard’s inclusion, as well as this partnership, crucial to this season’s success.

“Dr. Sheppard’s work with our high performance program will be instrumental in ensuring that our national teams are up to date on the latest sports science and sport medicine frameworks to ensure they are well prepared for all major games and competitions.” said Jean-François Rapatel, Sport & High Performance Director of Canada Snowboard. “The sharing of information and technologies in performance planning and implementation between Canada Snowboard and CSI Pacific will ensure the success of our national team for many years to come.”

Fresh off a podium sweep at the Dew Tour last weekend, the Canadian Slopestyle team heads to Copper mountain for a Big Air World Cup as both Snowboardcross and Alpine Snowboarding teams are in Europe for their respective inaugural World Cups of the season.